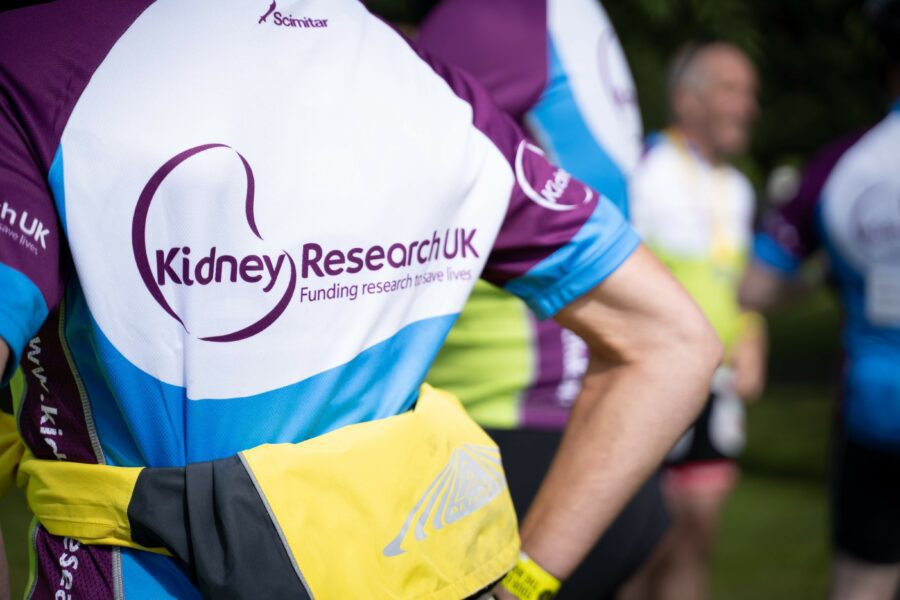 We, Kidney Research UK are the largest kidney research charity in the UK and nothing is going to stop us in our urgent mission to end kidney disease. We’re here to be heard, to make a difference, to change the future. This is a disease that ruins and destroys lives. It must be stopped.

Kidney disease affects three million people in the UK, and one million of those don’t know they are at risk and there is no cure.

Research has given us life-saving kidney transplants, dialysis machines that filter the blood when kidneys fail, and drugs to keep us going. But these treatments come at a cost. They can be gruelling, confining and relentless. A transplant is not a cure, they rarely last a lifetime. Research has made an impact but kidney failure is rising, as are the factors contributing to it such as diabetes and obesity.

Today we are more essential than ever. Research is what we do. It’s the only way to discover future preventions, treatments and cures. It’s vital to keep loved ones safe. Your support is crucial to make this happen.

Looking to sign up for Touro? Join Team Kidney and help put the brakes on kidney disease.

What you’ll get as part of Team Kidney:

As well all as all that comes with being part of Tour O The Borders:

Please note this does not include postage of your rider pack in advance of the event, you must register in person on Saturday 4 September. If you wish to have your rider pack posted in advance please email us at info@tourotheborders.com 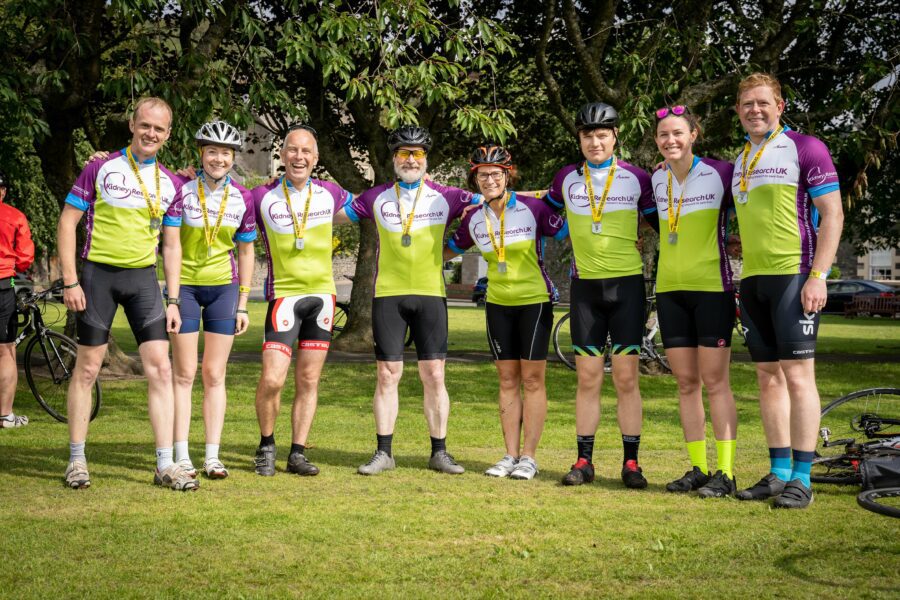 Already signed up but want to do some fundraising for Kidney Research UK? All you need to do is set up a JustGiving Page…

Joseph was a physically fit and active young guy when out of the blue in July 2018 he became quite ill, he was diagnosed with end stage kidney failure and commenced a life-saving but physically draining routine of 4 hour dialysis sessions 3 times per week.

As a consequence, one of the many sacrifices for Joseph included him and his dad, Tim, being unable to participate in Tour O The Borders 2018, a ride that they had completed together several times over the past years.

Fortunately, it turned out that Tim was a good tissue match for Joseph and so within 6 months both were recovering from a kidney transplant operation . The transplant has enabled Joseph to regain a more normal life so that after just a further 6 months Joseph and Tim returned to take on the challenge of Tour o the Borders, powered by Pirelli 2019! They are both thankful for their good health and kidney function and grateful for the fantastic work of the many talented and dedicated staff of the renal, dialysis and transplant units of the NHS. These teams have benefited from many years of pioneering research, much of which is supported by Kidney Research UK.

Joseph & Tim are amongst the lucky ones who are of good general health, largely due to their love of cycling & participating in events such as Touro, so they were in relatively good shape and a good match for an early transplant. There are over three million people in the UK with varying degrees of kidney failure, many of whom are not so fortunate and over 6,000 of them are waiting for a suitable transplant. So, now you know why! Two phenomenal gentlemen we are delighted to have met and proud to support through our partnership with Kidney Research UK.