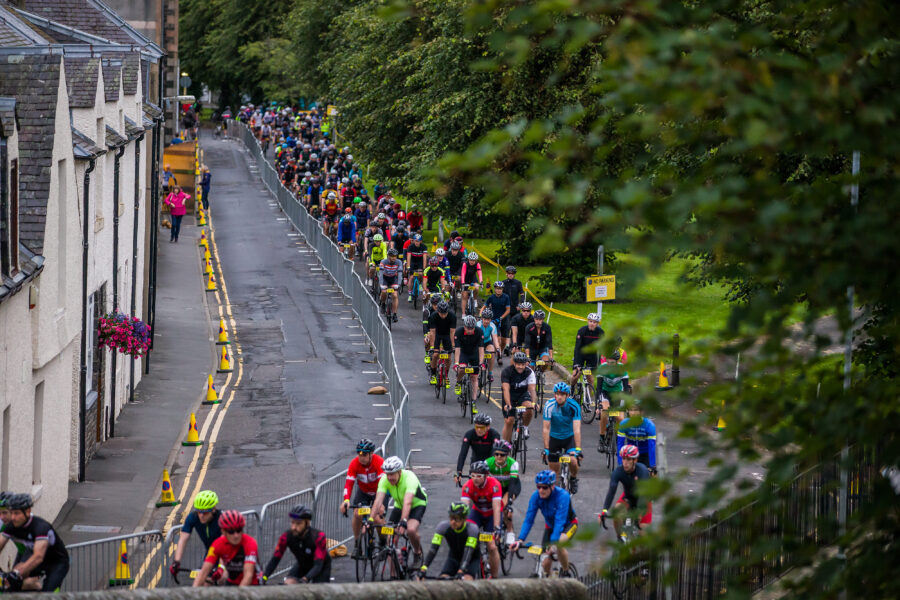 When you ride with a group you not only have a responsibility of keeping yourself safe but also that of your group. Not used to riding in a group?  It is important you practice this as often as possible, especially before Touro when you will be riding with 2,500 riders.  Begin with just a few riders that you know and build on this over time with bigger group or “chain gang” rides.

So, here’s a few tips and considerations to help keep you and your fellow riders safe when out on the roads:

This is something many riders are not so good at and yet it’s vital for safety.  Over the years, I have seen bottles, bottle cages, rear saddle bags, lights and even mud guards fall off and cause chaos within a group with everyone swerving to avoid the debris! Also, correctly functioning breaks and gears is another important consideration when checking your bike. So, point one – make sure you check you bike before you ride! Don’t want to do it yourself? Pop into your local bike shop and most will do a quick check for £5, maybe even free, unless you need something doing to your bike…

When I was preparing for my first South African Argus Tour in Cape Town I was riding with groups of over 400 riders.  I was nervous of being in the middle of such a huge bunch but I remember being told by an experienced rider “the group is only as big as the riders in front of you.”  This message has stuck with me and now I always work hard to stay near the front of a group and hopefully away from where it gets tightly bunched.  However, this is not for everyone, so if you are not comfortable in a group just keep to the outside of the group where there should be more space.  New to riding in a group? Ride at the back for the first time and watch and learn from the way the group moves along the road. 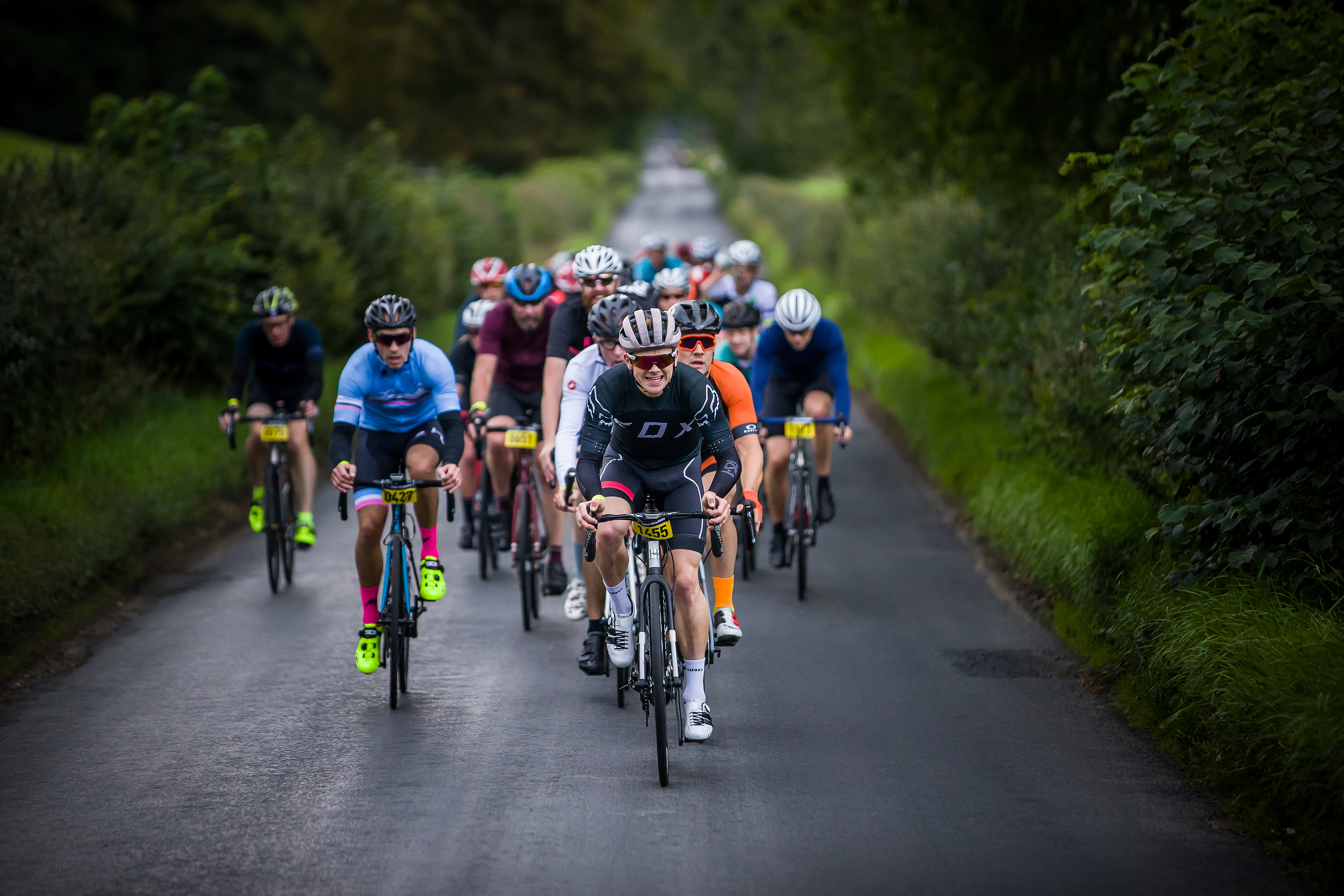 Ride in a predictable and consistent manner. It’s important to consider the safety of the cyclists around you when riding in a group and avoid any sudden, erratic or unpredictable behaviour that could potentially endanger the cyclists behind you.

Hold your line and avoid sudden side-to-side movements. You may need to change direction for an oncoming hazard of course, which is why you should be looking well ahead for such hazards and move smoothly around them with plenty of time, after communicating to the rider behind with a hand signal or verbal warning that you intend to move out into the road. If you do need to move out from the pace line ensure you indicate to the person behind you of your intention to change direction.

When you are in a big group your view ahead is often obscured and you may not see potholes or drain covers. So to help the cyclist following behind you, point out hazards either verbally or simply by using your hand and pointing towards the ground on the side of the road that the hazard will be coming from. 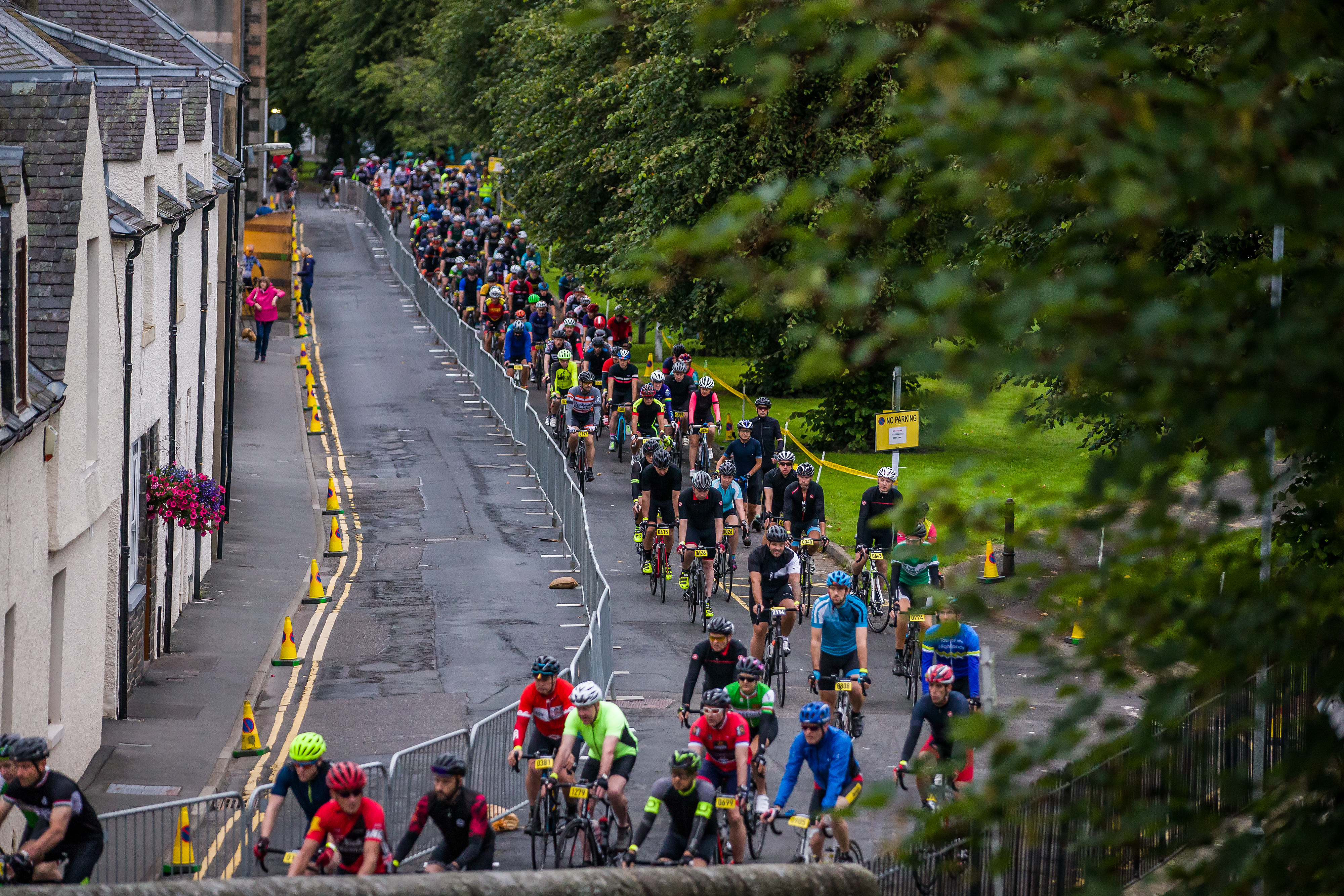 Most groups ride in two columns of pairs of riders. Unless you’re riding on the front, you’ll be following the wheel in front. Try to make sure you’re are actually following the wheel of the cyclist in front, don’t just plonk yourself in the middle. You’ll get a better slipstream effect and it means two cyclists can ride alongside each other.

While you want to avoid overlapping wheels, it’s sensible to ride a little to one side – but still behind – the wheel in front so that if anything happens and the rider in front slows suddenly you can move to one side of them rather colliding with their rear wheel.

This is the golden rule of riding in a group. You want to ride closely with the wheel in front, as close as you feel safe doing to best benefit from the slipstream effect, but you don’t want to overlap your front wheel with their rear wheel. That way danger lies.

If the rider in front suddenly moves across the road your wheels will collide and the likely outcome is a crash, that could take out not you but the cyclists behind you as well. This is one of the most common causes of crashes in the professional peloton.

Finally, riding in a group is an important and essential skill to help keep everyone safe, so get plenty of practice in. It’s worth letting others know if you are new or inexperienced with group riding and they will help you and keep you right.