Lou #2: It turns out old habits do die hard… 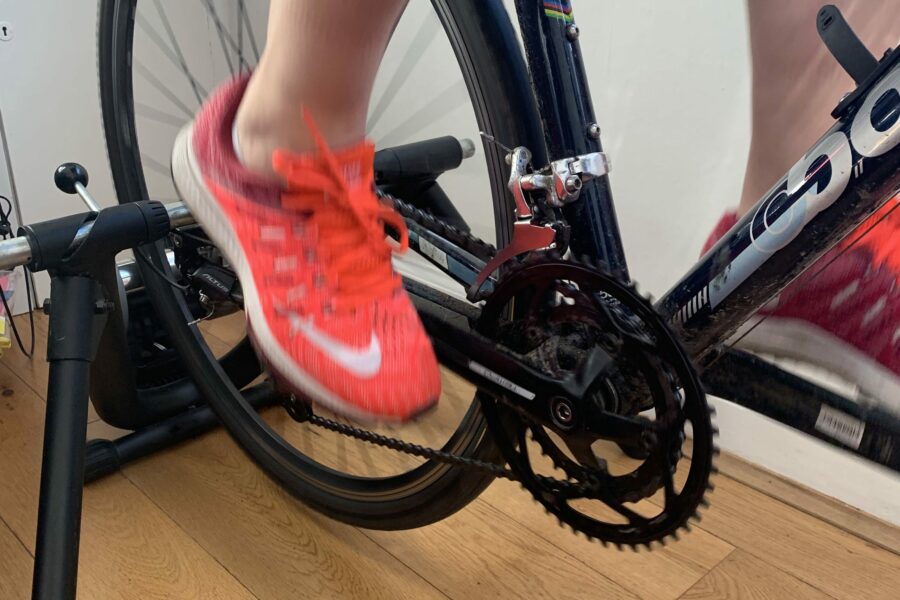 Since my last post I’ve met up with Pippa, my trainer. When I mentioned that I would be working with a trainer to get fit for the Big Ride, a good friend of mine, we’ll call her The Bike Ninja, messaged me and said ‘I’ve given Pippa a pre-emptive medal – I know you think you’re doing the big endurance event but it’s nothing compared to Pippa’. The Bike Ninja knows me well enough to know that I don’t always respond well to coaching and I tend to do things the hard way. Anyway, I LOL’d and didn’t reply to her message.

Well it turns out that having someone to help you train isn’t as straightforward as I’d imagined. I thought I’d be given a list of things to do and I would just get on and do them, ticking them off my list as I went. Unfortunately that just hasn’t been the case. Pippa has indeed given me suggested things to do – try to set the hybrid bike up on the turbo and give it a go a few times with some programmes she’s given me or get out and ride at the weekend. Nothing massively difficult, but still, I have not really managed them very well.

The weather hasn’t been my friend and getting out in the recent snow and then ice was never going to happen. I am very fair-weather when it comes to the bike. So indoor cycling anyone? Sitting in ‘the x-box room’, looking at the wall for half an hour while I pedalled and got annoyed was not a highlight of the week either.

I’ve been recovering from a pensioner-style twisted ankle – I missed my footing on the back step, not even kidding – so I’ve not moved much for three months. The thought of trying new things, while testing out the sore ankle, has seen me ground to a halt… before I’ve even got started. Hardly the strong start I was hoping for.

What I have managed is to get back to the familiar things that I know I can do and that I like. I’ve gone back to the pool and had a swim, I’ve rejoined my outdoor kettle bell class and been out with a local running group. Basically I’ve done everything BUT what was on Pippa’s list.

At the moment I’m basically a walking set of cliches. It turns out old habits do die hard, it’s tricky to teach an old dog new tricks and The Bike Ninja might well be right…

Join Lou on her journey & get signed up here

Stationary to Sportive: Meet Lou, our first time rider!
Phil Mack is back!