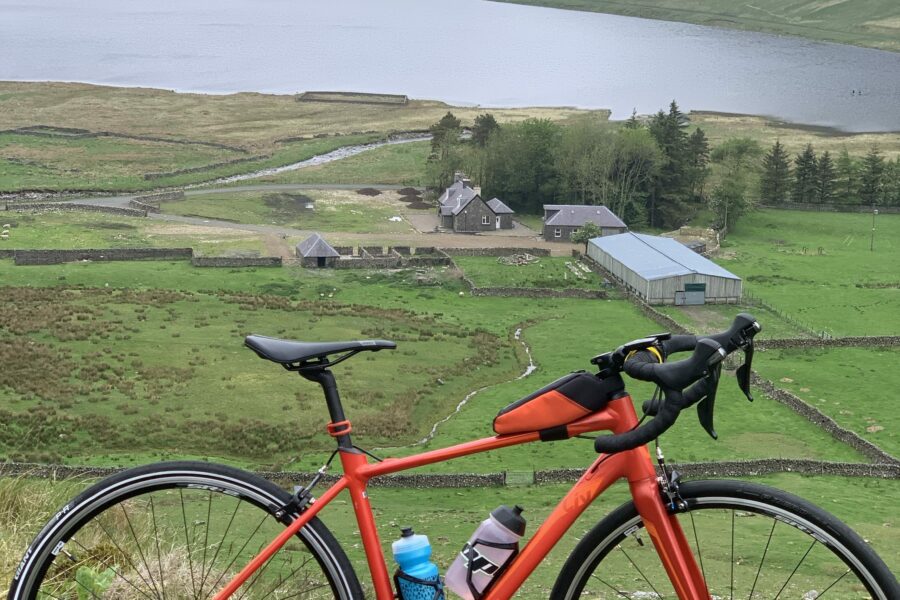 So, since my last post I’ve actually managed to do some bike riding, which I’m pretty pleased about. And I’ve sussed out what I think might help me along the way….

I’ve never been very good at doing things on my own, I’ve always liked to have a pal – someone to chum me. So when I met up with a nutritionist friend recently (more of her food wisdom in a later post) it was one of the first things she said to me. That I needed to get some pals to do this with – for company and because if you make an arrangement with someone to go out for a ride, it’s trickier to back out of it. It made perfect sense and partly explained why the solo turbo sessions had annoyed me so much.

Since that chat, I’ve made sure that as much as possible, I’ve got folks to ride with. And this has been easier than I thought it would be. For a start, lots of pals who live locally are already signed up to do the Tour O the Borders, so they are ready made training buddies. I’ve got a good friend who lives across the park from me, has done the ride before so has great experience of the training and the route and is keen to get back on her bike. Best of all, my usual swim / bike / run buddy is all set to do the ride too so we can continue our partnership of chatting our way round things and focussing on the bit we’re best at, the carb-loading and tapering part of any training regime.

And then there’s my two wise cycling experts, the Bike Ninja and my other half, the Big Kiwi, who are my most trusted bike people. Going out for a recent ride with them was like riding with two coaches who dropped pearls of wisdom all along the way and helped me try out techniques, as we rode. Granted, it annoyed me that I was behind them the entire ride and when I had had enough, the wind whisked my whining voice away so by the time they heard me pleading to turn back, I was well past my limit but hey, they meant well… I think.

And then this morning, as the Big Kiwi and I headed out into the wind, a lovely gentleman pedalled up beside us and chummed us most of the way round our ride! He did all the fancy ‘mind that pot hole’ hand signals to keep me right and was really encouraging, suggesting a group ride might be a good thing to do.

I’ve even found a way to do the turbo with other people, not only does Pippa my trainer do group turbo session but a DVD (yeah, remember those old things) exists in my house which I can watch and pretend to be in a bike studio with some very athletic American people. Two easy ways to avert Turbo Rage.

So, I still don’t have a road bike or proper kit but I am riding my bike more frequently, with my pals. And I’m actually quite enjoying it…

Chum Lou on her journey & get signed up here